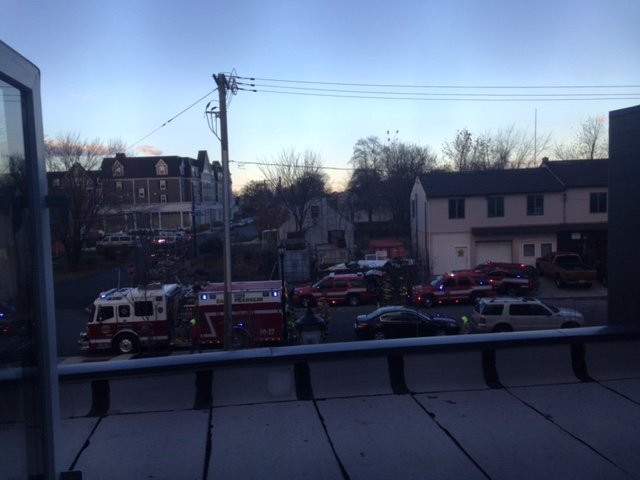 On November 23rd, 2015 at approximately 14:37 Hours, Fire District #3 was dispatched to 2-10 Camner Avenue on a reported Fire Alarm Activation.
Car 272 (D/C Banks) was the first to arrive on the scene and updated County Communications, reporting a heavy smoke condition on Division 2, requesting a 2nd Alarm assignment. After gaining entry into the apartment that appeared to be the source of the smoke, D/C Banks assisted in the removal of 2 occupants and reported a fire in the kitchen appearing to have been extinguished by the sprinkler system. Car 27 (Chief Krushinski) arrived shortly after and assumed Fire Command, D/C Banks took interior operations.
Crews from Station 27 and 25 made entry into the apartment building, ensured the fire was completely extinguished and checked for any extension, with negative results. The two occupants were transported to Robert Wood Johnson University Hospital to receive additional treatment.
Mutual Aid units that assisted on the scene included Fire Departments from New Brunswick, Elizabeth Avenue and      Somerset. Bound Brook FD responded to Station 27 and covered the Fire District.