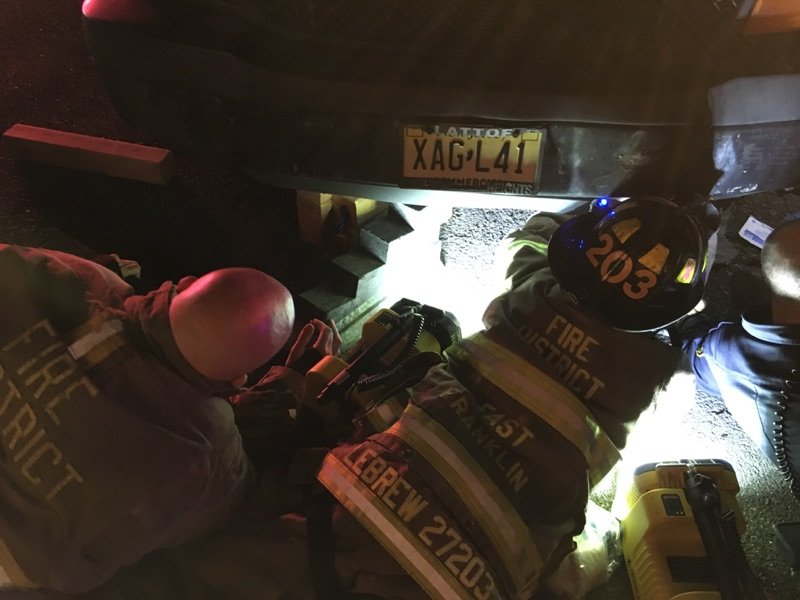 On December 18th, 2015 at approximately 22:34 Hours Fire District #3 responded to a call reporting a man lying in the roadway and screaming on Kingsbridge Road. Additional callers stated it appeared a man had been struck by a car and was pinned underneath it.

Car 27 (Chief Krushinski) arrived and established command, locating a 44 year-old male with his left leg pinned under the tire of a 2007 Chevy work van. Squad 27 arrived moments later, utilizing the portable hurst tool to raise the vehicle up off the ground and off the man’s lower body, in order to try and relieve the pain and help him breathe. The crews from Squad 27, Engine 278 and Rescue 25 worked to set up air bags and cribbing to help extricate the victim. The door of the vehicle was removed and once all the cribbing was in place, the vehicle was raised with the air bags and the victim was removed from under the van. He was later transported by RWJUH EMS to the hospital for further treatment and evaluation. It was later discovered that the victim was getting out of the van after parking in his driveway. As he exited, the van began to roll backwards because it was not in park. The rear motion of the vehicle pulled him underneath the tire, subsequently trapping the victim for 45 minutes. 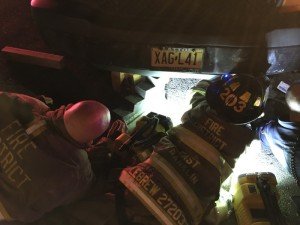 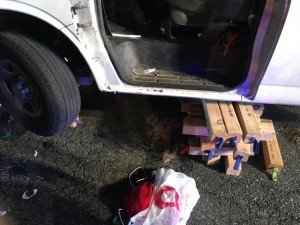 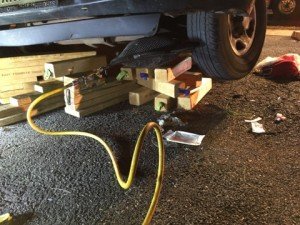 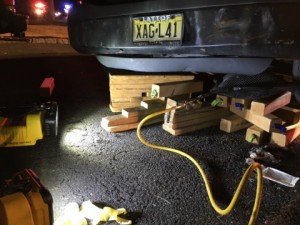 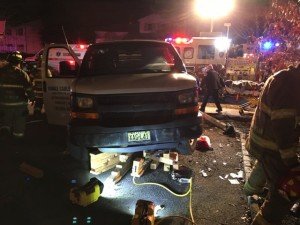 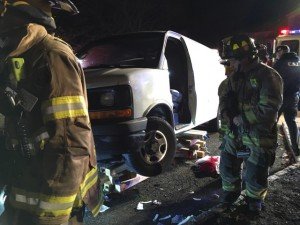 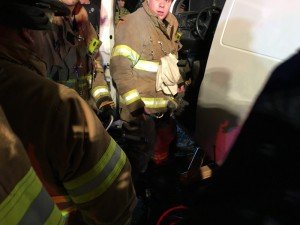