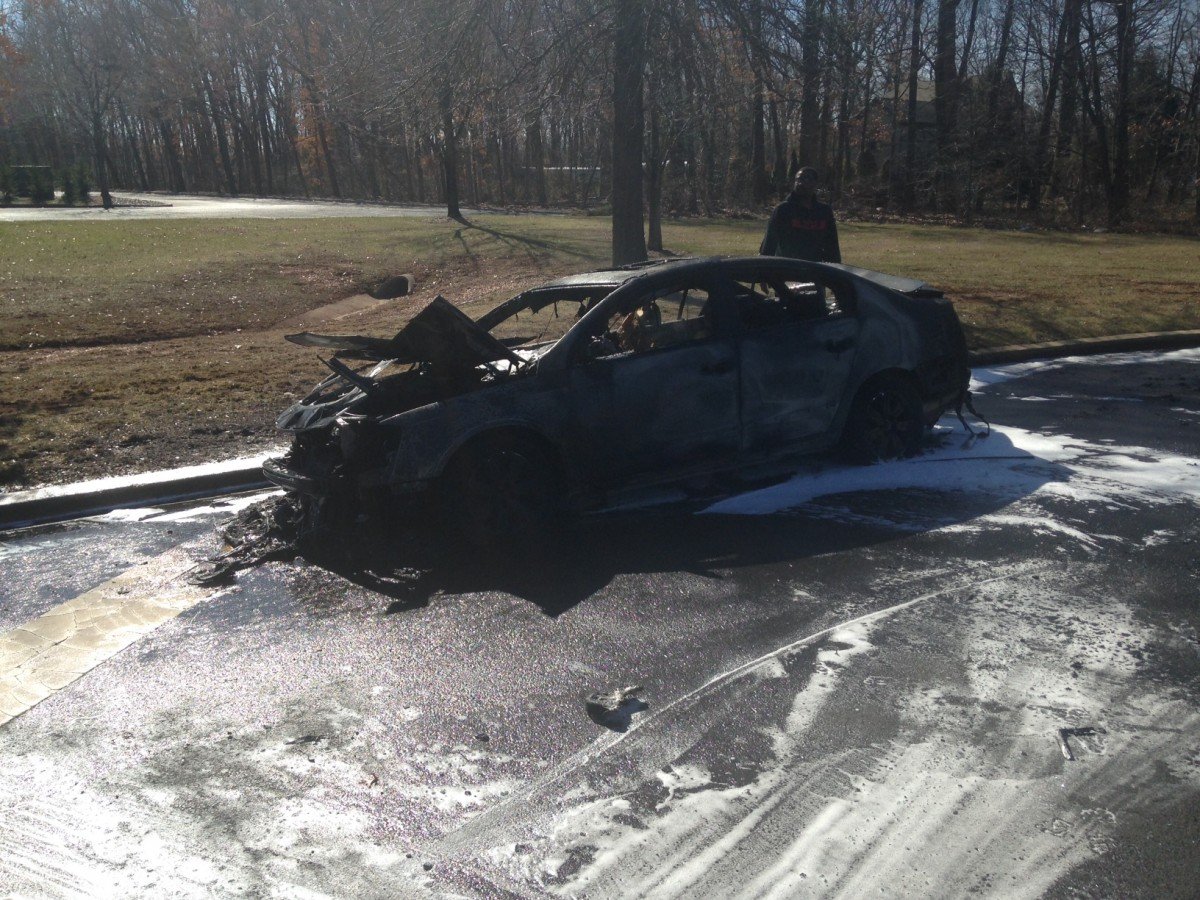 On Saturday March 12th, 2016 at 09:28 Fire District #3 was dispatched to the area of 95 Clyde Road, for a reported Motor Vehicle Fire . Car 27 (Chief Krushinski) arrived and establshed command, reporting a fully involved vehicle . The driver reported that while driving he heard a loud bang and it started to smoke, subsequently later catching fire. Engine 276 arrived 1st Due, strething  a 1-3/4 foam line to start to extinguishing the vehicle. Engine 251 arrived 2nd Due and pulled a 2nd hoseline to help extinguish the fire. The crew from Squad 27 and Engine 561 from Somerset FD, who was on dual dispatch with District #3 assisted in building dikes in order to  contain the gasoline that was originally burning from going down the road . County Hazmat and Station 26 (Elizabeth Avenue) were called to assist with the run off gasoline into the sewer system . Units were on scene for approximately 1 hour and cleared without further incident. Good job to all who were on the scene and assisted. 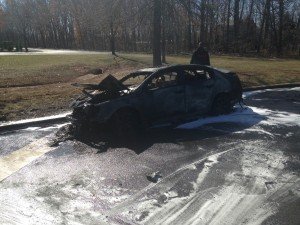 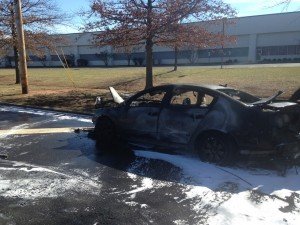